10 Jun 2010       One of the key features desired for Issy3 is a set of feet with tactile feedback. I've played with FSR versions in the past, and they tend not to survive that long. 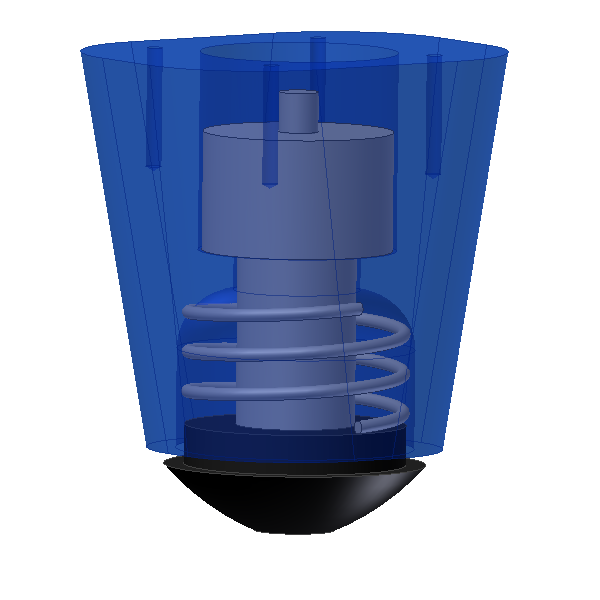 Two afternoons of prototyping and printing has yielded the first of Issy's new feet. I have one leg assembled, but I'll still have to get some different hardware tomorrow to tweak it completely. 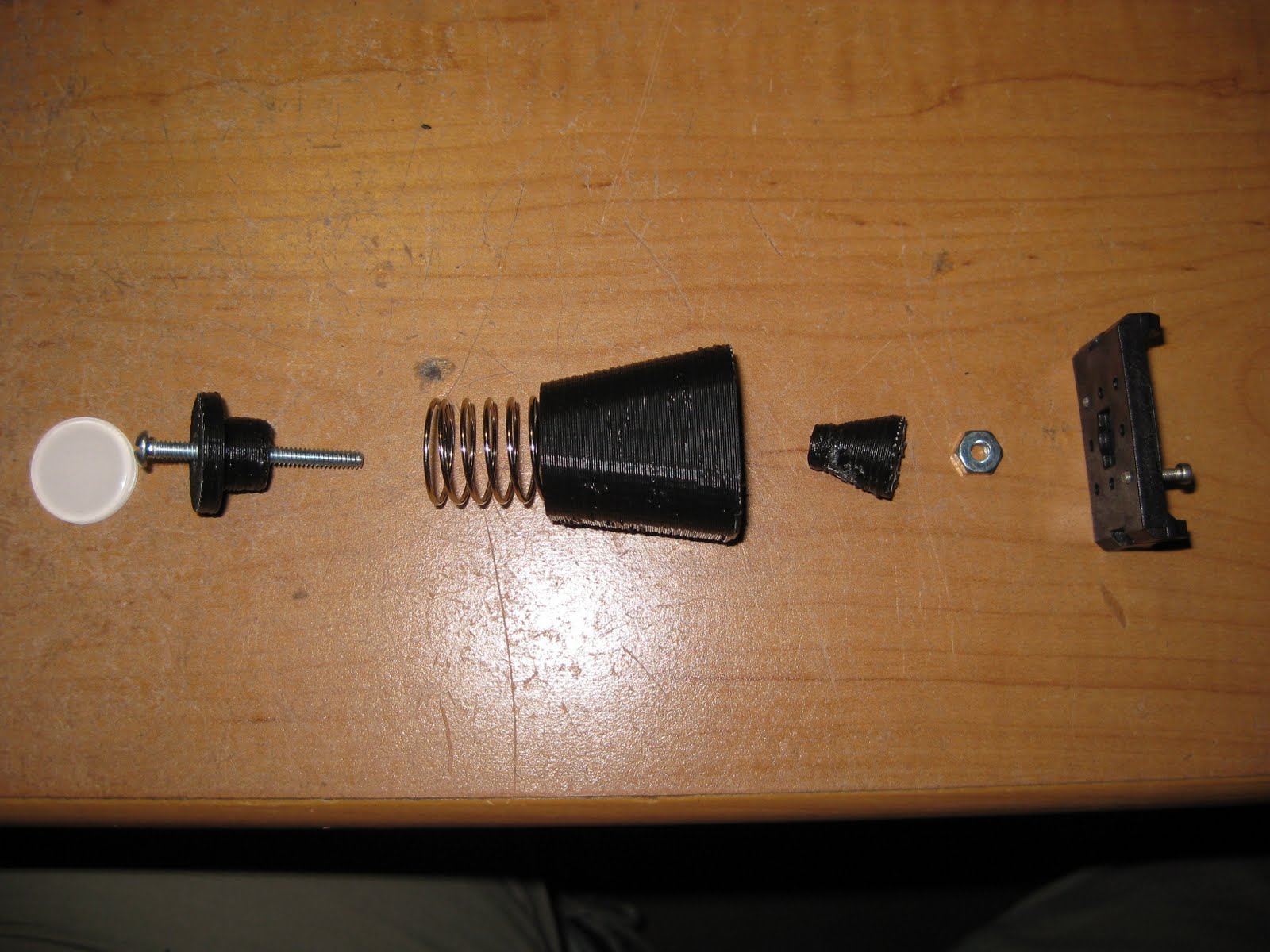 The foot consists of three printed parts: the outer case, the foot pad, and a retainer insert inside the case. A screw connects throw the foot pad and the retainer, and a spring pushes the foot downward. There will be a little spring steel connector on top that will get touched by the screw -- acting as a simple switch. A vinyl footpad gives traction. 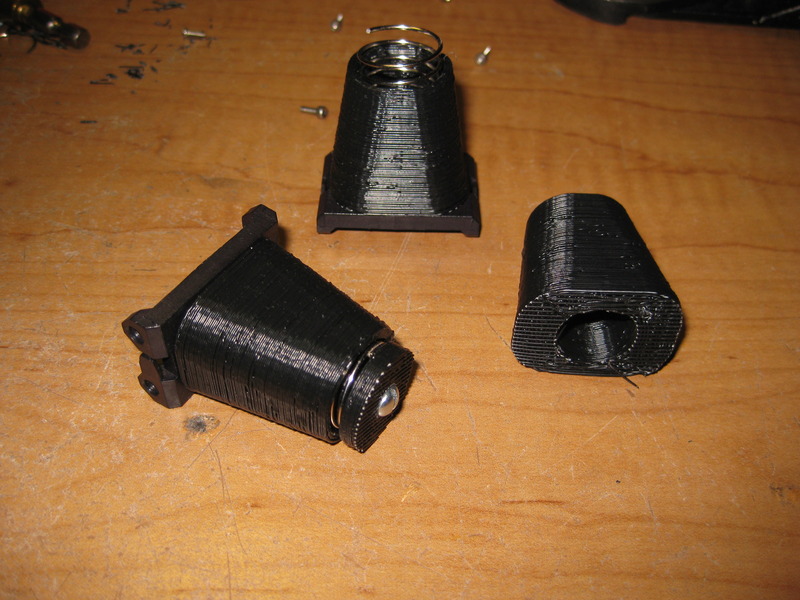 Each foot takes about an hour of printing on the Makerbot.