21 Apr 2011     Unfortunately, there was a small delay in me posting anything from out on the West Coast. This was for two reasons:

I did manage to make it to the Stanford Robot Block Party this year. Maxwell did as well. At least in pieces. The battery strap broke during shipment (into about 6 pieces), requiring Maxwell be opened up for repairs: 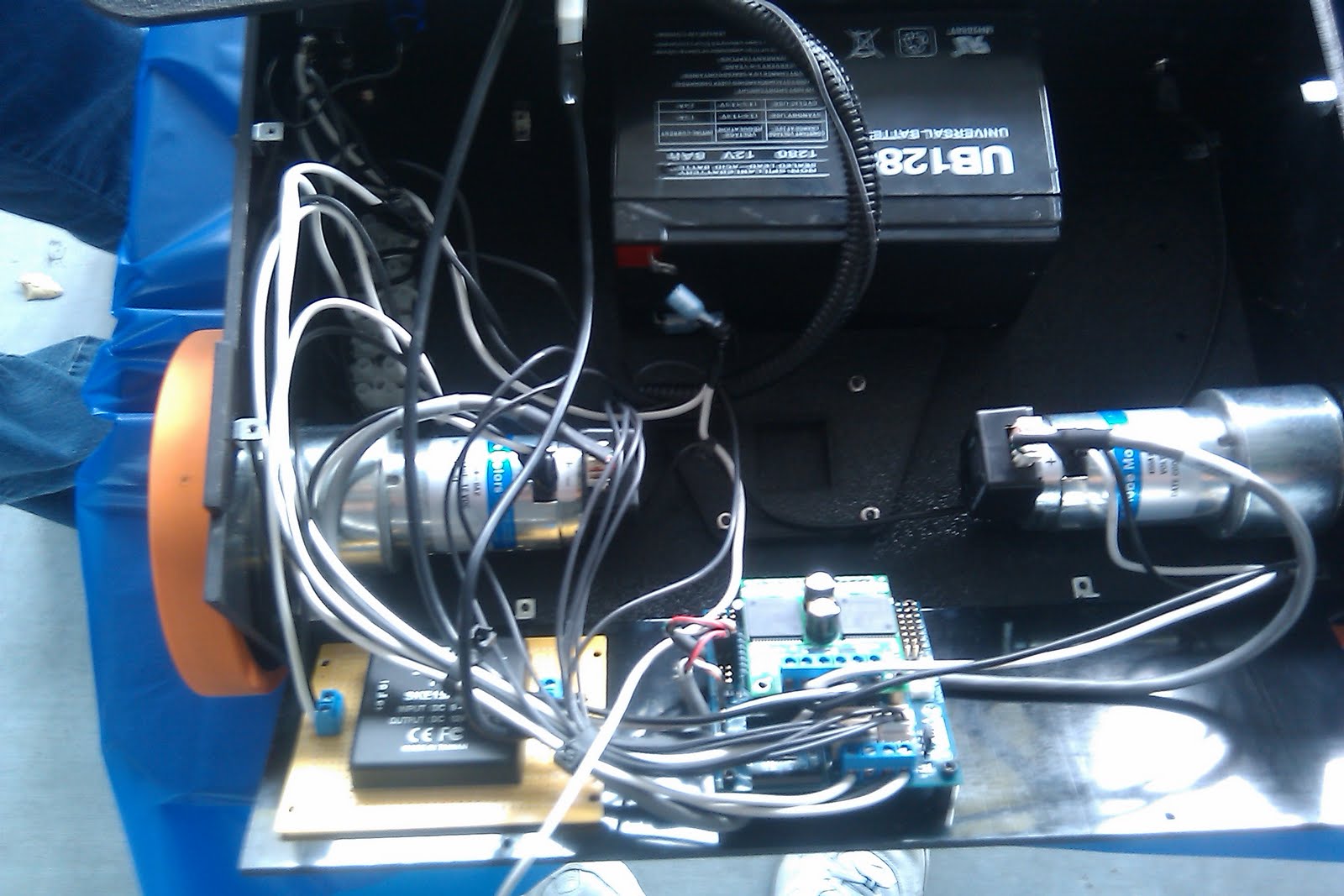 Overall the sliding battery didn't do much damage, breaking only the charge connector and yanking a few wires. It took about 25 minutes to correct things and then Maxwell took a tour around the facility.

We set up with the Home Brew Robotics Club guys, and next to Pi Robot: 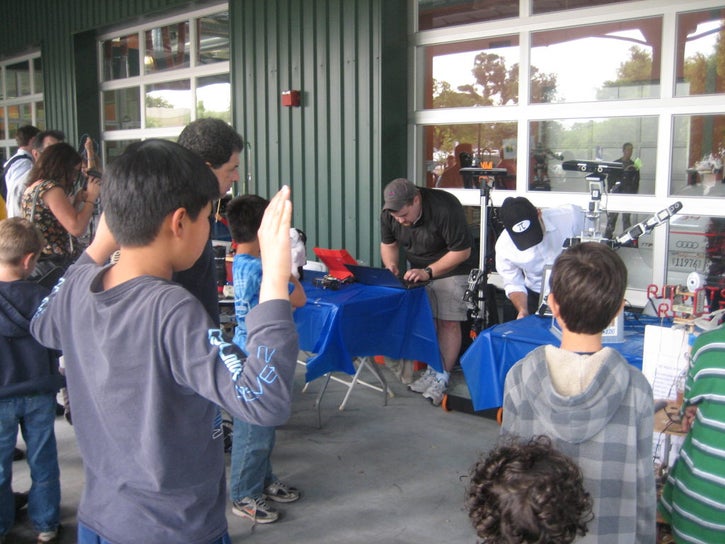