26 Jun 2011       While I am a strong proponent of low-cost, human-scale mobile manipulators, I also realize it's impractical for everyone to be playing with such large robots. Earlier this year I designed a small robot using an iRobot Create, some custom ABS, a Kinect, and an AX-12 based arm and neck. This small mobile manipulation platform had no name for some time, but every time I showed it to people they exclaimed "Oh! A mini version of Maxwell!". And so, this robot got the name "Mini Maxwell". 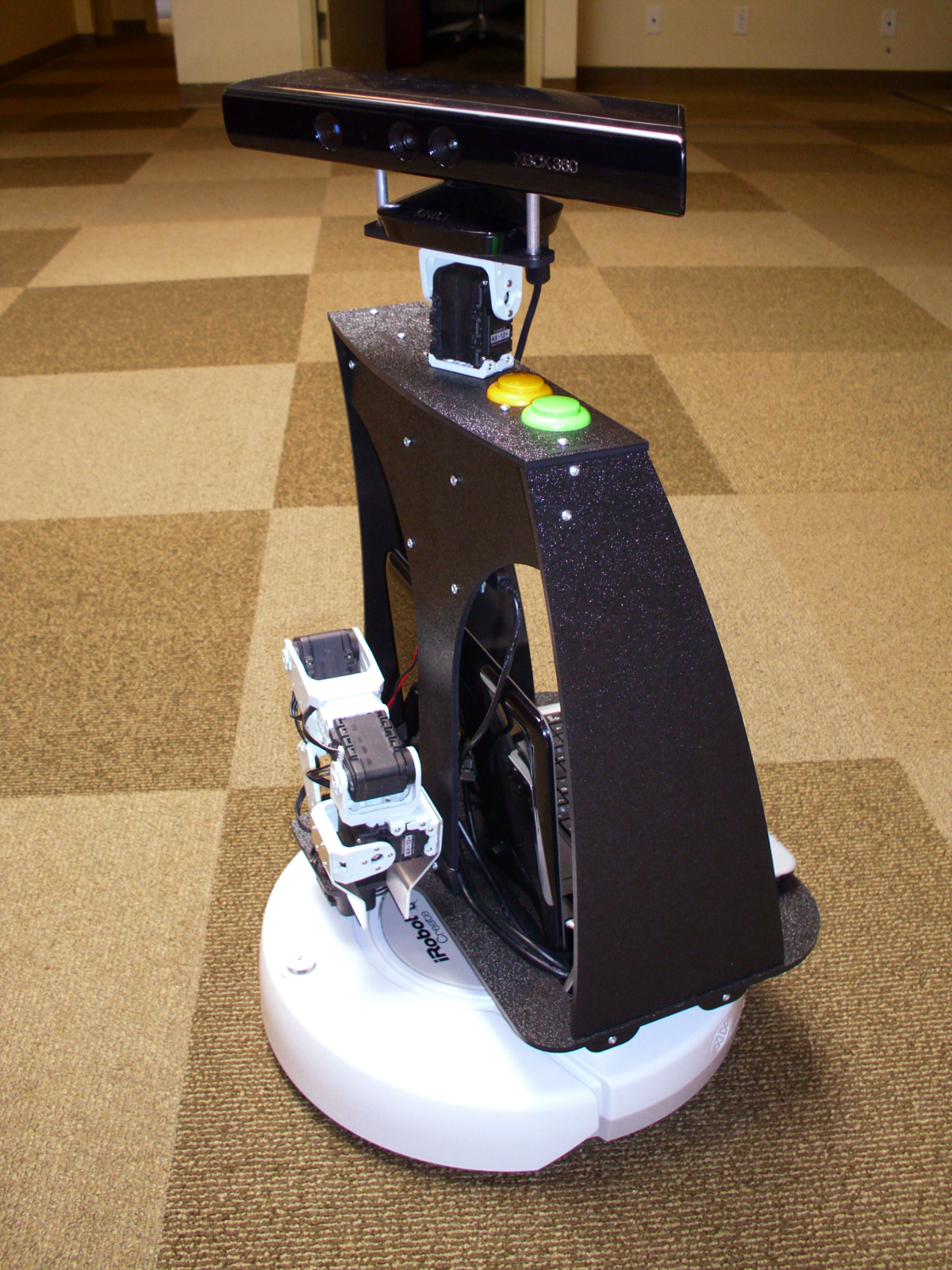 There are now about half a dozen Mini Maxes running around across the United States. As our software development is starting to calm down, I thought I would take a moment to showcase a few of the robot's features.

As you probably have guessed, this robot runs ROS (on a netbook). We're using an ArbotiX to control the arm and neck servos (7 AX-12s total), while the Create base connects directly to the netbook. Two demo buttons are attached through the ArbotiX allowing users to quickly add user input to programs.

The arm has 4 degrees of freedom, losing the wrist roll found in Maxwell. A single servo gripper is installed, although a more sophisticated one is in the works: 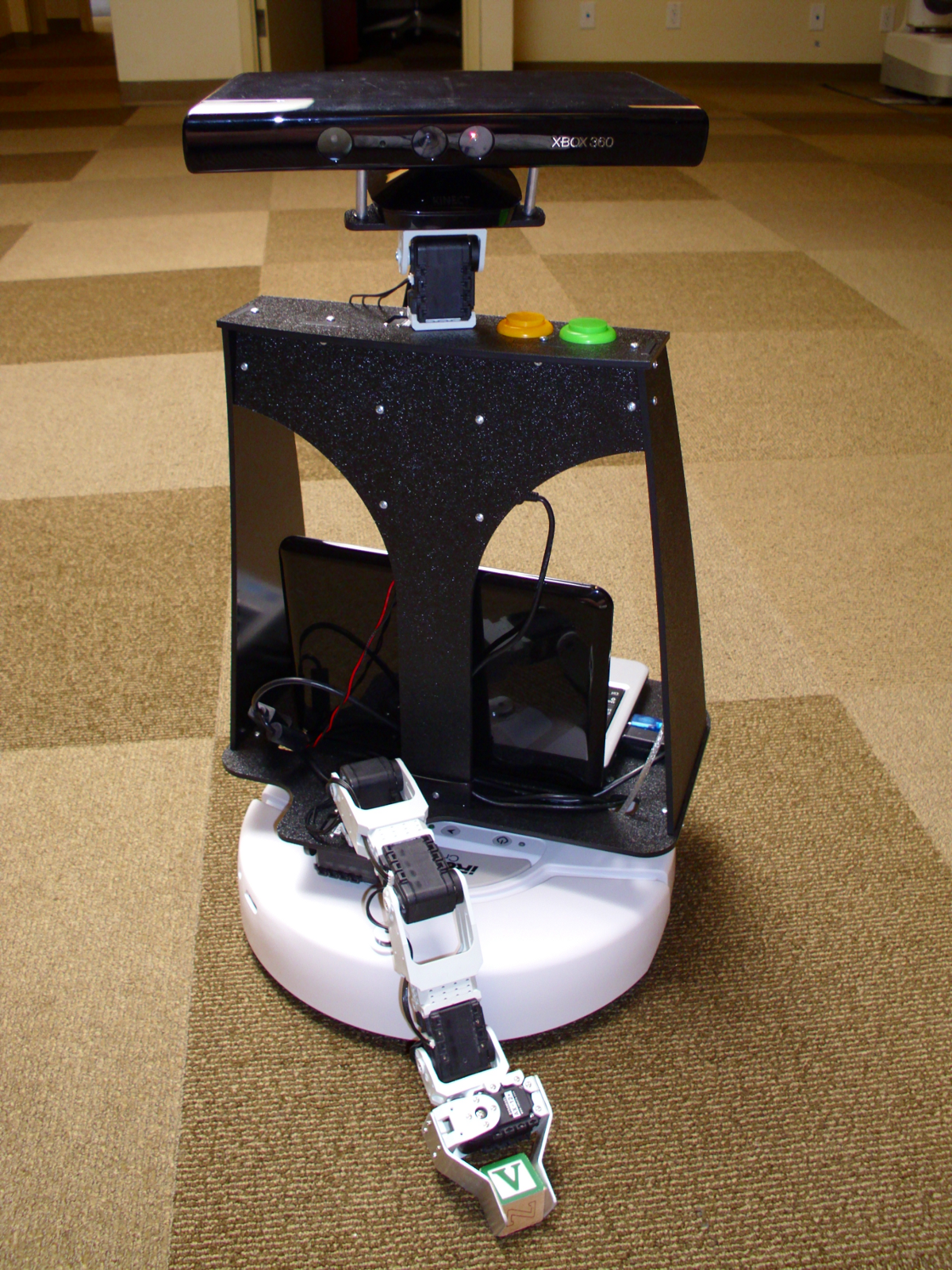 I demoed Mini Max earlier this week at the HBRC meeting, showing how we can easily move around toy blocks. I've posted a number of tutorials and other documentation on the ROS wiki as well.