I've recently been sorting through some older electronics and came across this: 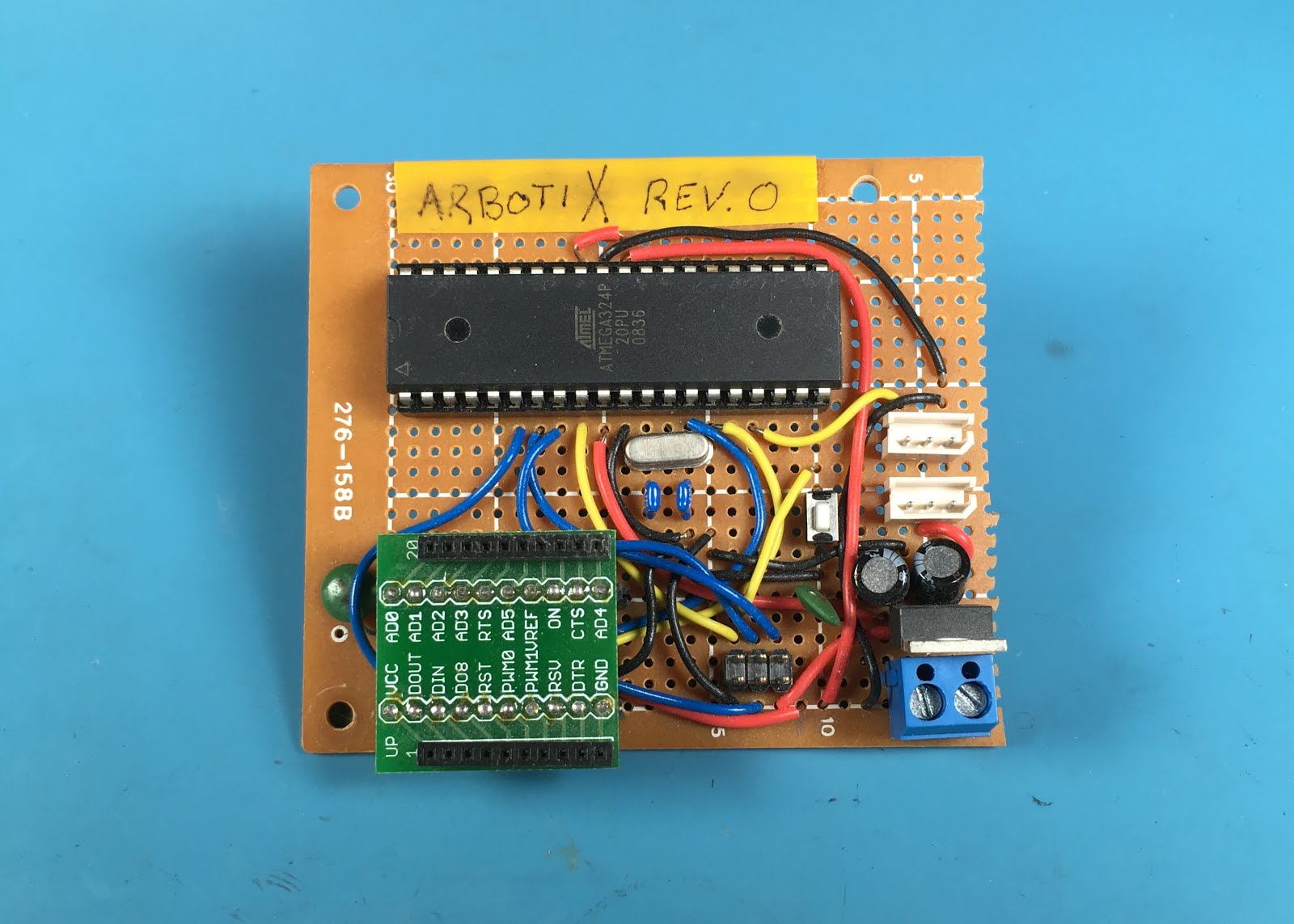 This is the original ArbotiX prototype. Back in 2009, I was a fairly active member of the Trossen Robotics forums. Andrew Alter had this new little event he called Mech Warfare that they were putting on at RoboGames.

I seem to recall having my first ever phone call with Andrew Alter, and by time it was over having a) signed up to build a scoring system and b) bought a Bioloid kit. I did not promise to show up with a Mech because there was really pretty limited time to work on that during the semester.

Then I showed up with a Mech. And won.

You can read all about how I build IssyDunnYet in the thread over at Trossen Robotics. But this post is about the evolution of the ArbotiX. 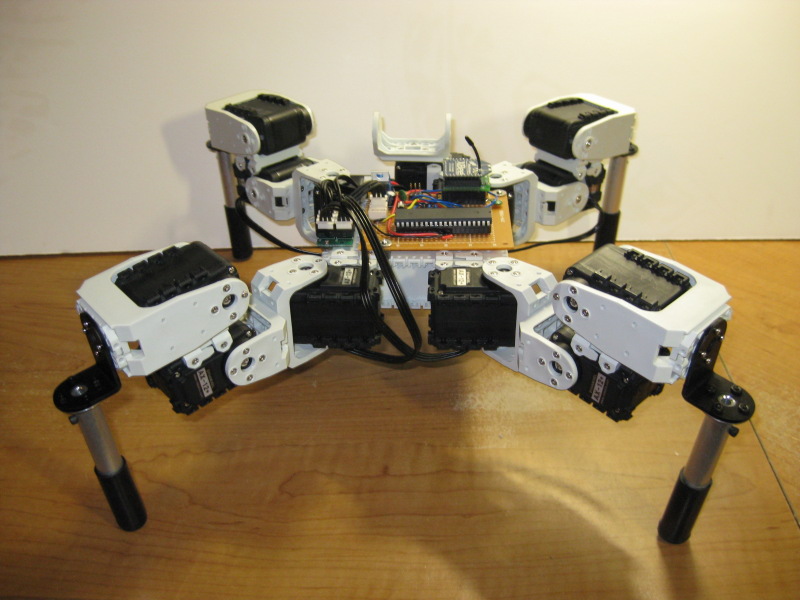 The original ArbotiX is really pretty simple, it is an Arduino-based board with hardware support for Dynamixel control and XBEE communications, but the Python-based pose engine, and open source nature, really opened up what you could do with Dynamixel Servos. ArbotiX boards have been used in so many places over the past decade+, everything from Giant Hexapods to Kinematic Sculptures.

The original boards were all through hole parts because I was literally assembling these by hand while working my way through grad school. When the order quantities got high enough, I actually had the board fab guys assemble the parts in China and then I would insert the expensive DIP chips stateside. Eventually, I finished grad school and took a job at Willow Garage - at that point we handed all manufacturing over to Trossen Robotics and wound down Vanadium Labs. Trossen is still selling lots of these little boards today, although they've gone surface mount with the newer ArbotiX-M. 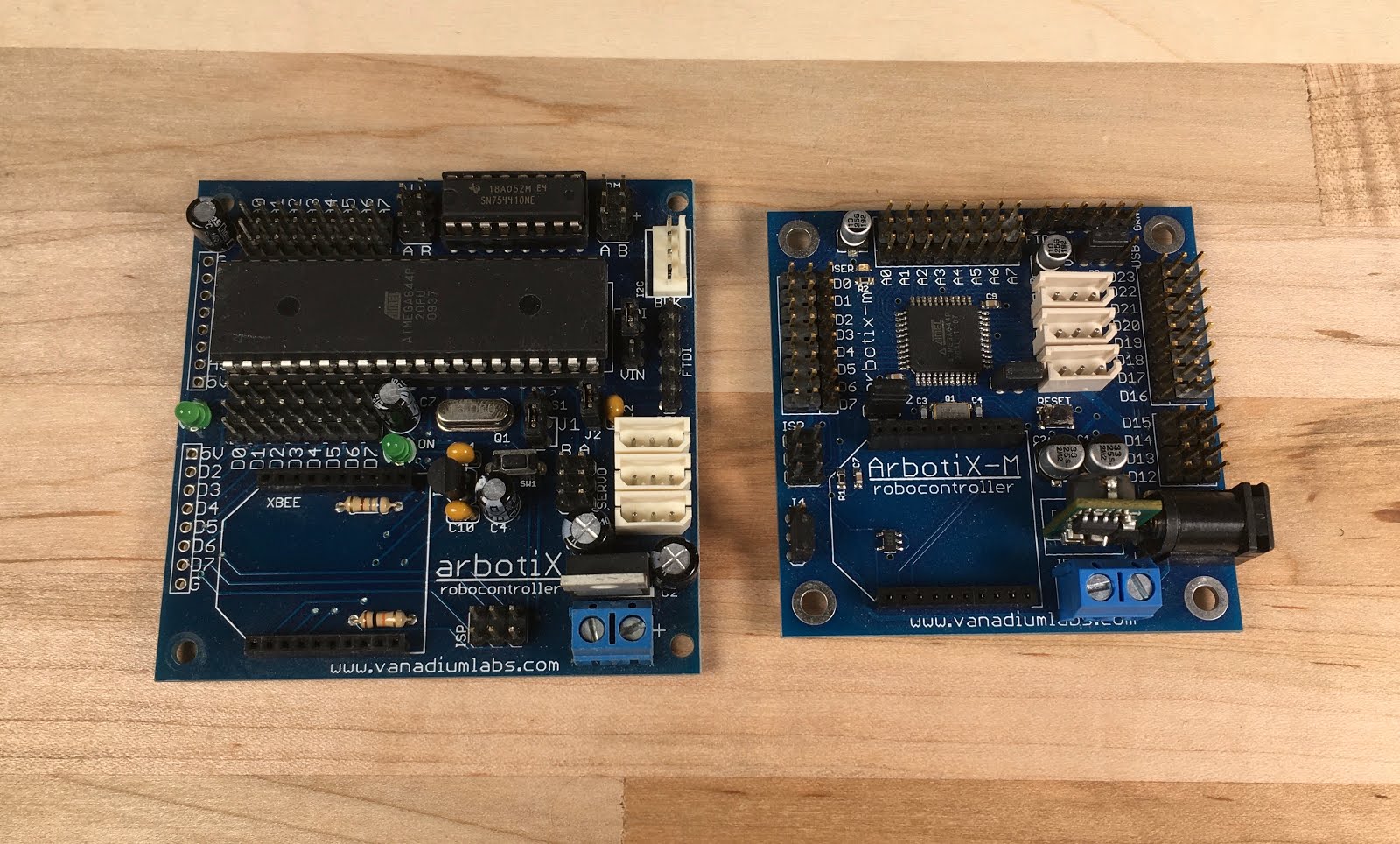 Also found in my pile of random old boards was the original hand-build prototype of the ArbotiX Commander. It looks quite a bit different from the current generation.

The original production versions of the ArbotiX Commander (left)
and the hand-built prototype (right).

I also came across the spiritual predecessor to the whole ArbotiX lineup, the AVRRA board (AVR Robotics API). This was used in XR-B3 (pretty much my last non-ROS bot). 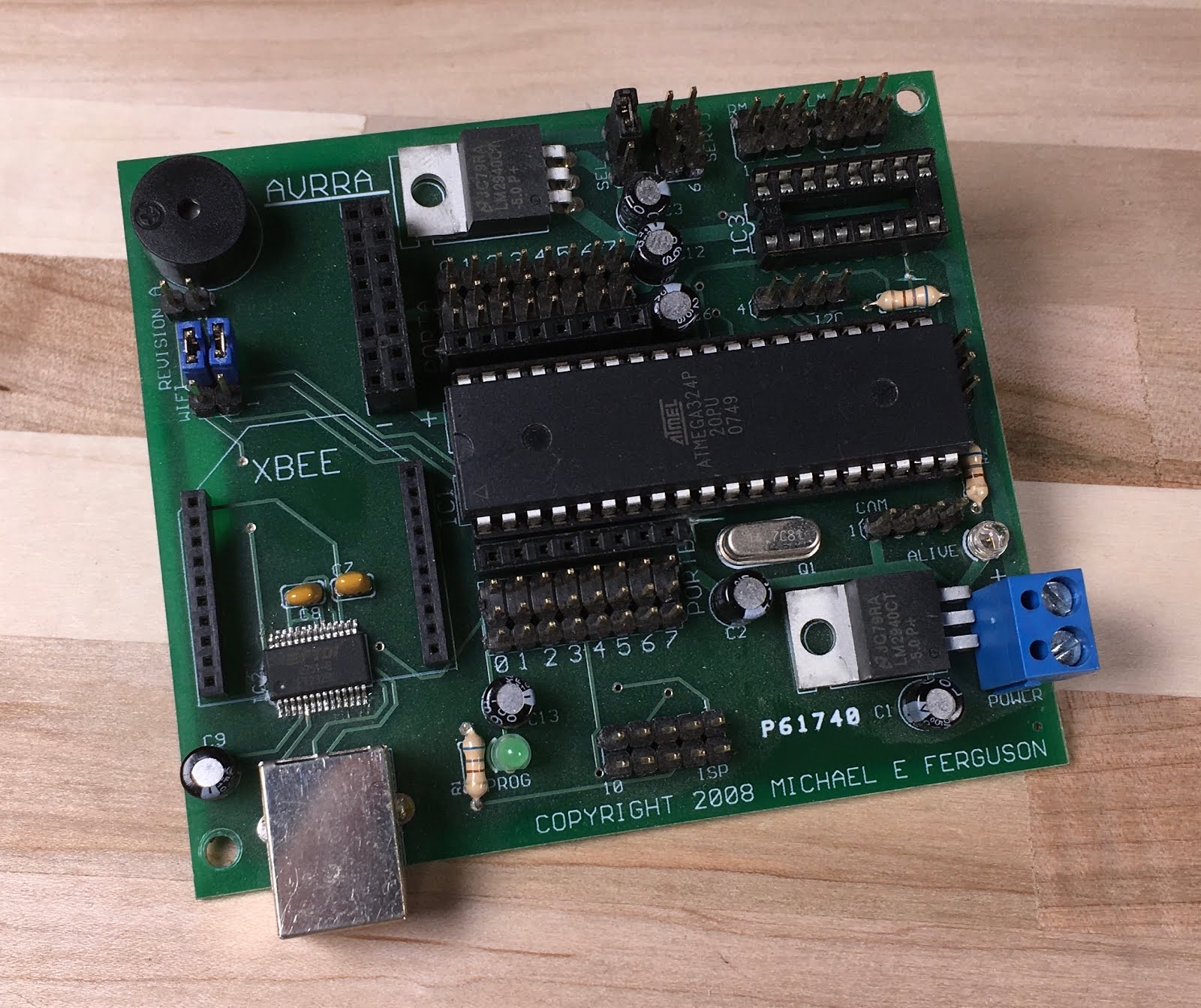