It is really starting to feel like spring here in New Hampshire, so I've been reviving my Robomagellan robot: 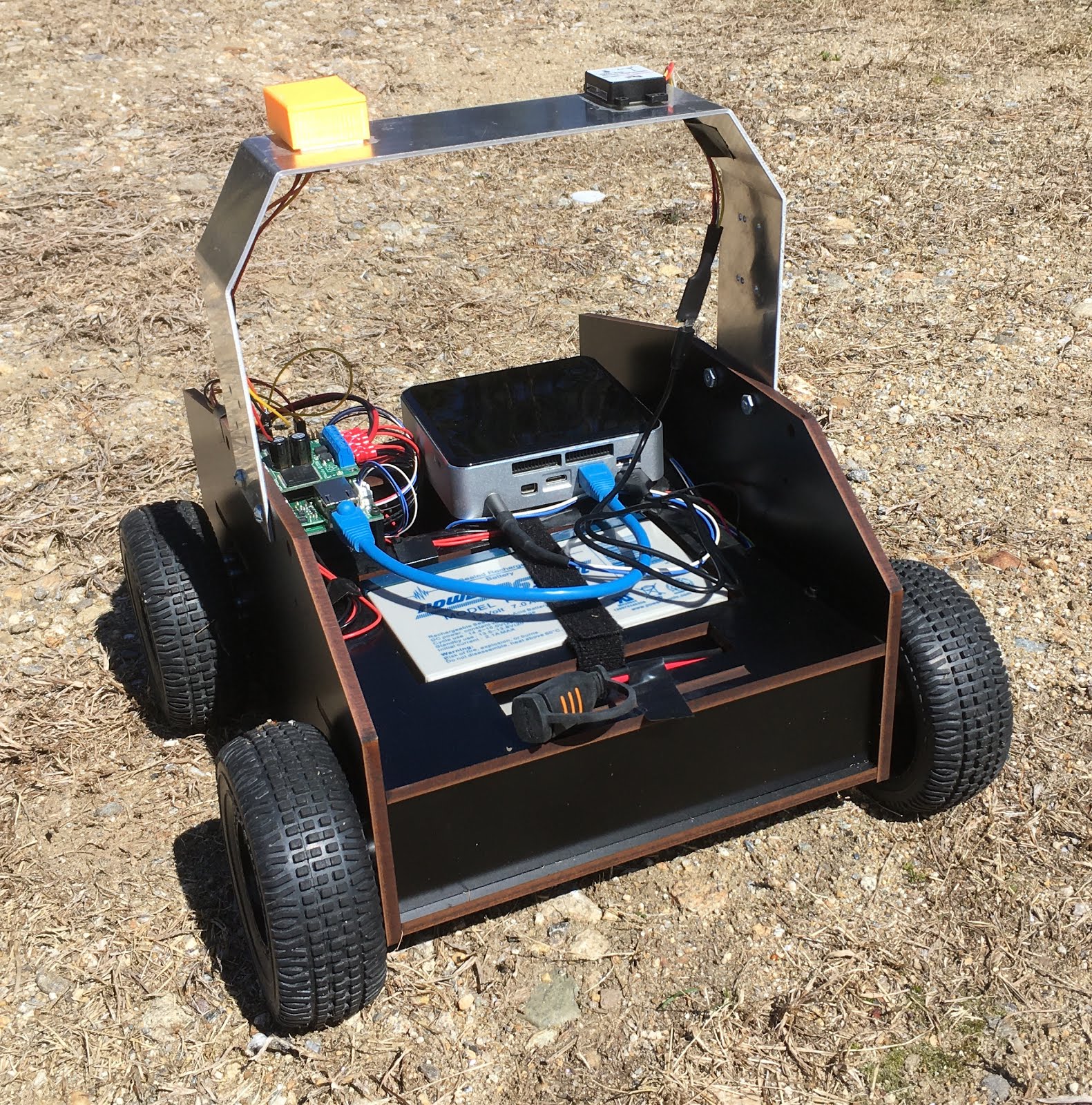 If you're not familiar with Robomagellan, here is the wikipedia description:


Robomagellan was created by the Seattle Robotics Society and is a small scale autonomous vehicle race in which robots navigate between predefined start and finish points. The start and finish points are usually represented as GPS coordinates and marked by orange traffic cones. In most versions of the competition there are also optional waypoints that the robot can navigate to in order to earn bonus points. The race is usually conducted on mixed pedestrian terrain which can include obstacles such as park benches, curbs, trees, bushes, hills, people, etc..

Unfortunately, there are not many Robomagellan contests happening anymore - but this platform is still good for me to work on some outdoor navigation. I actually started building this robot in 2012 when Robomagellan was quite popular. The robot was briefly worked on in 2014 and 2018. The GitHub contributions view seems to tell this story quite well:

As with any robot that has been developed sporadically over close to a decade, it has gone through quite a bit of evolution. You can find some of that evolution in the posts tagged robomagellan, but here is a summary:

The robot, as you probably guessed, runs ROS. Specifically I'm using the following packages:
Global Localization
Setting up the global localization took me a little while to get working. In order to make this process easier, I setup my main launch file so that I have an "offline_mode" argument which doesn't launch the drivers. Then I have a launch file for recording bagfiles running only the drivers. I can then change everything in my various pipelines when re-running the bagfiles locally. This has been quite useful as I've been tweaking the IMU processing pipeline in parallel with adding the global EKF.

Satellite Imagery in RVIZ
Visualization is always a powerful tool. While RVIZ doesn't have much going for outdoor robots out of the box, the rviz_satellite plugin makes it awesome. 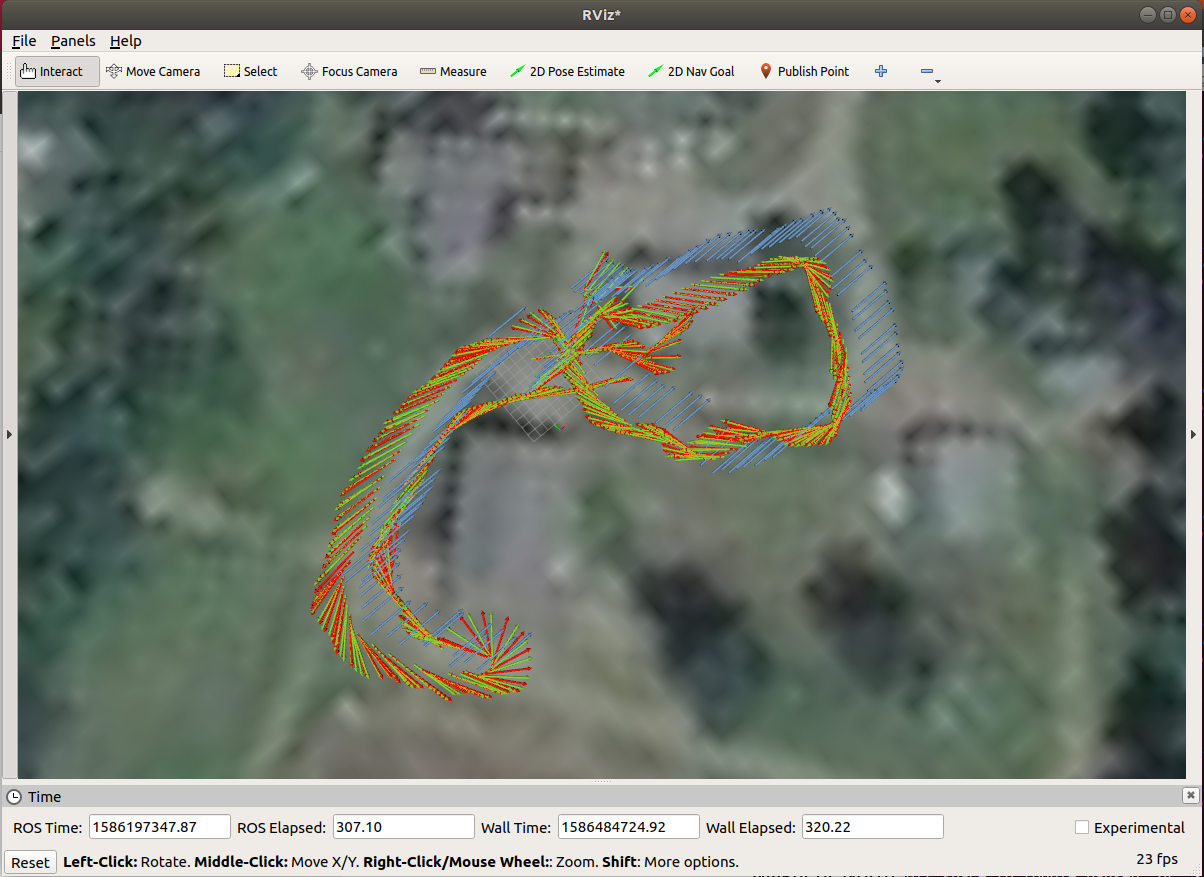 rviz_satellite overlay with some odometry tracks

The one challenging part of rviz_satellite is setting the "Object URI". For an off-road robot, the default OpenStreetMaps don't do much. I ended up using MapBox satellite imagery - but getting the Object URI right took a bit of digging around. It turns out the correct URI is:

Also, free accounts with MapBox are limited to 200k tile requests per month. To avoid using these up, you might want to think about running a separate roscore so you can keep RVIZ running even when you restart the robot launch file. That said, I've only used 148 tile requests this month and have been restarting RVIZ quite a bit.

Next Steps
I just recently got the global localization working - I'm probably going to continue to tweak things. The D435 drivers are working pretty reliably now, so the next step is mount the D435 on the robot and start integrating the data and move onto some basic navigation. I also plan to clean up the IMU calibration code I created and get it merged into robot_calibration.