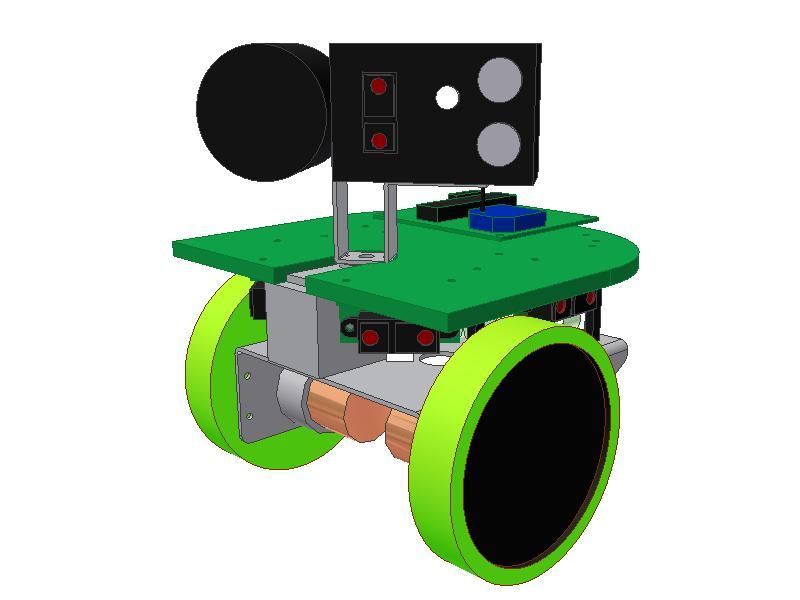 After the Little Green Machine won the Canadian National Robot Games last month, I have turned my attention to the 2009 Trinity Fire Fighting Robot Contest. While LGM could probably just be rolled back out and run, I'm instead rebuilding a new robot from the ground up - the Green Machine Reloaded (GMR).

GMR will use the same motors, encoders, and power system that LGM used. The 4 IR rangers are also in a similar configuration. The improvements for this version are numerous: GMR is 45% smaller, has a panning heading with 300 degrees of movement, 3-7/8" Banebots wheels, and replaces the old Eltec pyroelectric sensor with a TPA81 thermopile. The brain has been upgraded from a Barello ARC board with an ATMEGA16 to my new AVRRA Lite board, sporting an ATMEGA324, XBEE wireless, and onboard connectors for the AX-12 servo.

The controller PCB is currently being manufactured. I've completed the lower frame components, and am currently working on assembly of the base of the robot. I hope to have a fully functional bot by the end of January.