What's New in the Lab

17 Feb 2010       It's been a busy month, and the lack of updates here is a testament to that. Over the past month, Vanadium has released two new products, and has another on the way. The MINI RoboController has been on shelves for a few weeks at Trossen, and the ArbotiX Commander should be in stock later this week. 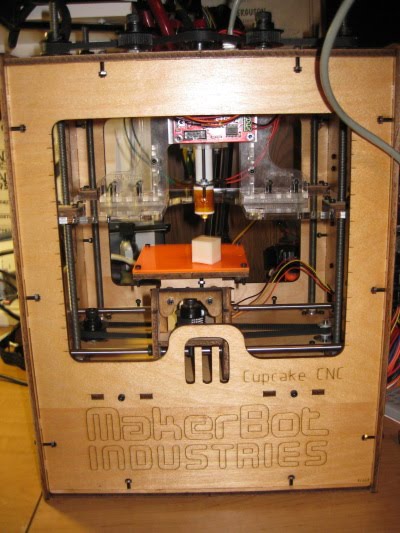 We also purchased a MakerBot, which is now up and running. This little guy will be producing robot parts soon, as I have a number of projects on the backlog that I want to get going.

As for that product on the way: how about controlling some RX-64 servos with your ArbotiX? You'll be able to do just that with our new RX-Bridge, a little add-on board for the ArbotiX that converts it from an AX-12 controller, to an RX-series controller (and EX-106's too).

Lastly, we've been hard at working testing, and the V1.1 release of PyPose/NUKE is just around the corner. Should be out very shortly, with a number of improvements and bug-fixes. Unfortunately, mammal-style IK will be held over until v1.2.