Today I ventured down to the Trinity Fire Fighting Home Robot Contest at Trinity College in Hartford CT. This is like the 17th or 18th contest (they've actually stopped naming them as such.. I think I won the 15th with Crater though...). There are two main contests: the Fire Fighting contest in which robots autonomously navigate an 8x8' maze that is laid out like a small house and put out a fire (candle), and a new RoboWaiter contest where robots have to fetch a small plate and move it to a table in a similarly sized arena. It seems that the RoboWaiter contest is finally catching on, as they had about 20 entries this year.

Maxwell also made the trip, and moved around a few chess pieces in between lots of question answering about ROS and developing larger mobile manipulators: 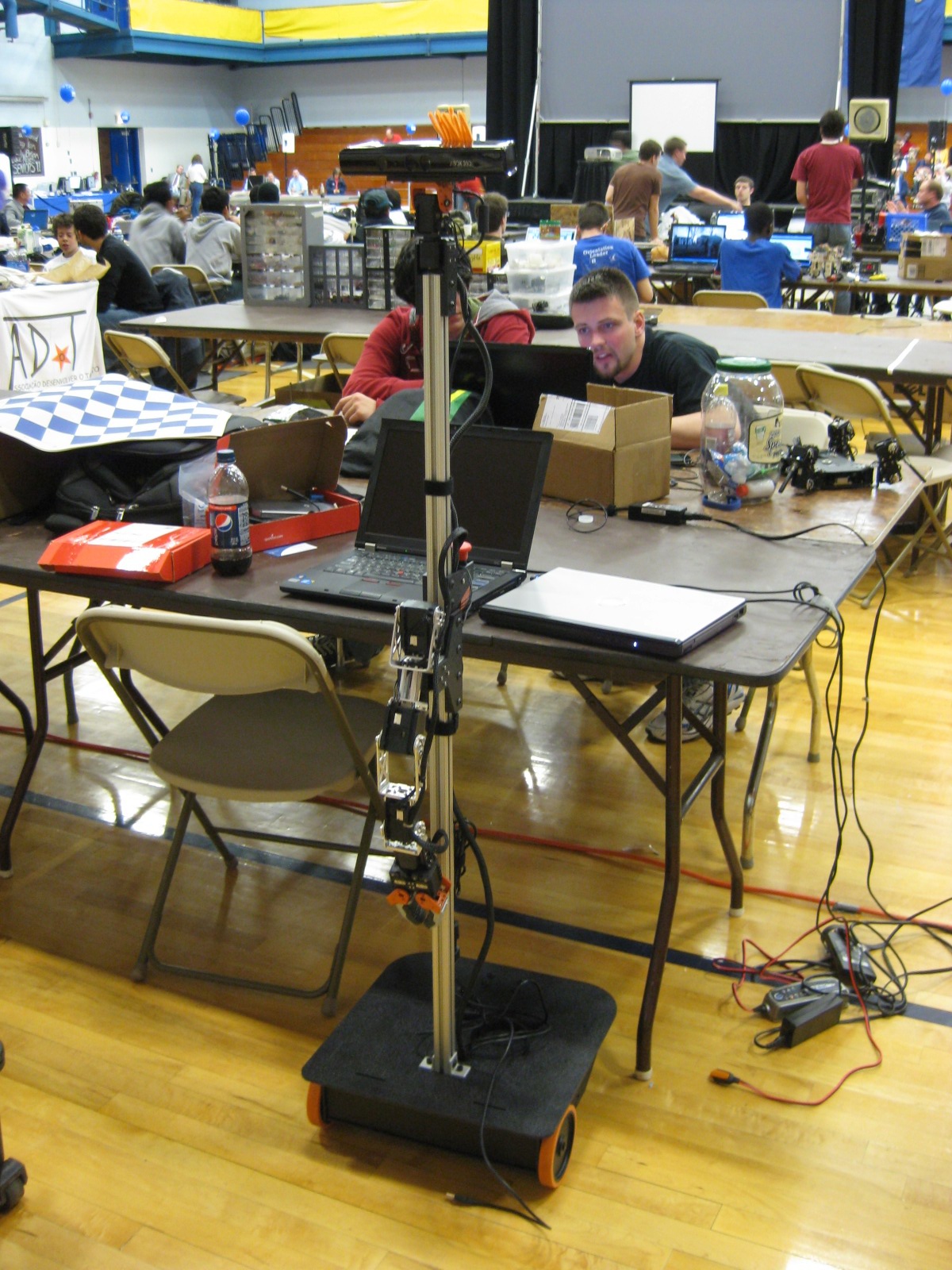 Seth (sthmck over at TRC) is pretending to be diligently at work on his mech in the above photo. Earlier in the day the Mech got an upgrade to a new ArbotiX2 prototype: 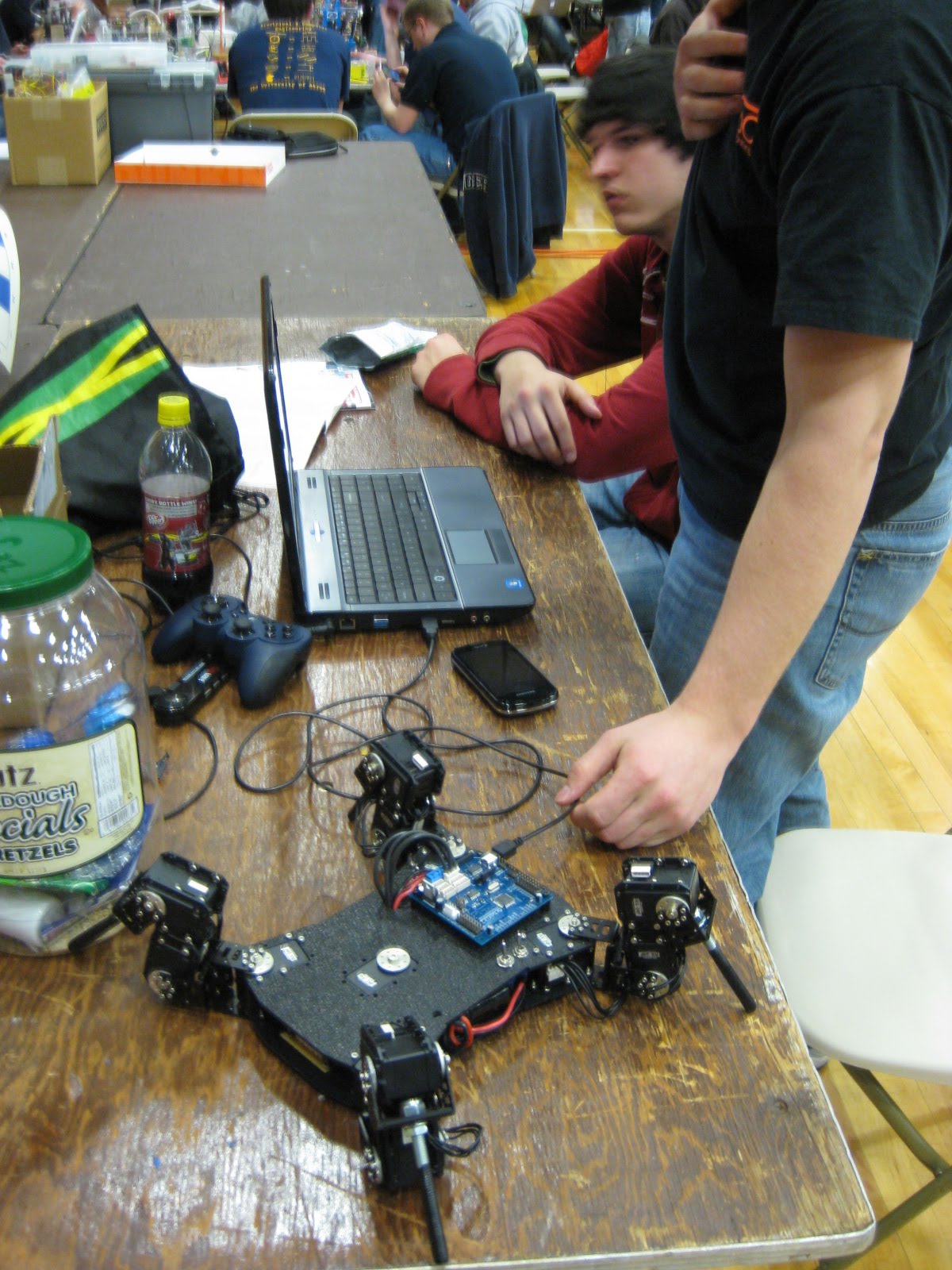 I actually spent so much time talking to people, I forgot to walk around and get many photos of the actual fire fighting robots... but I did snap a shot of this bot from NYU-Poly which has a very western-shoot-em-up-fire-fighter look going on: 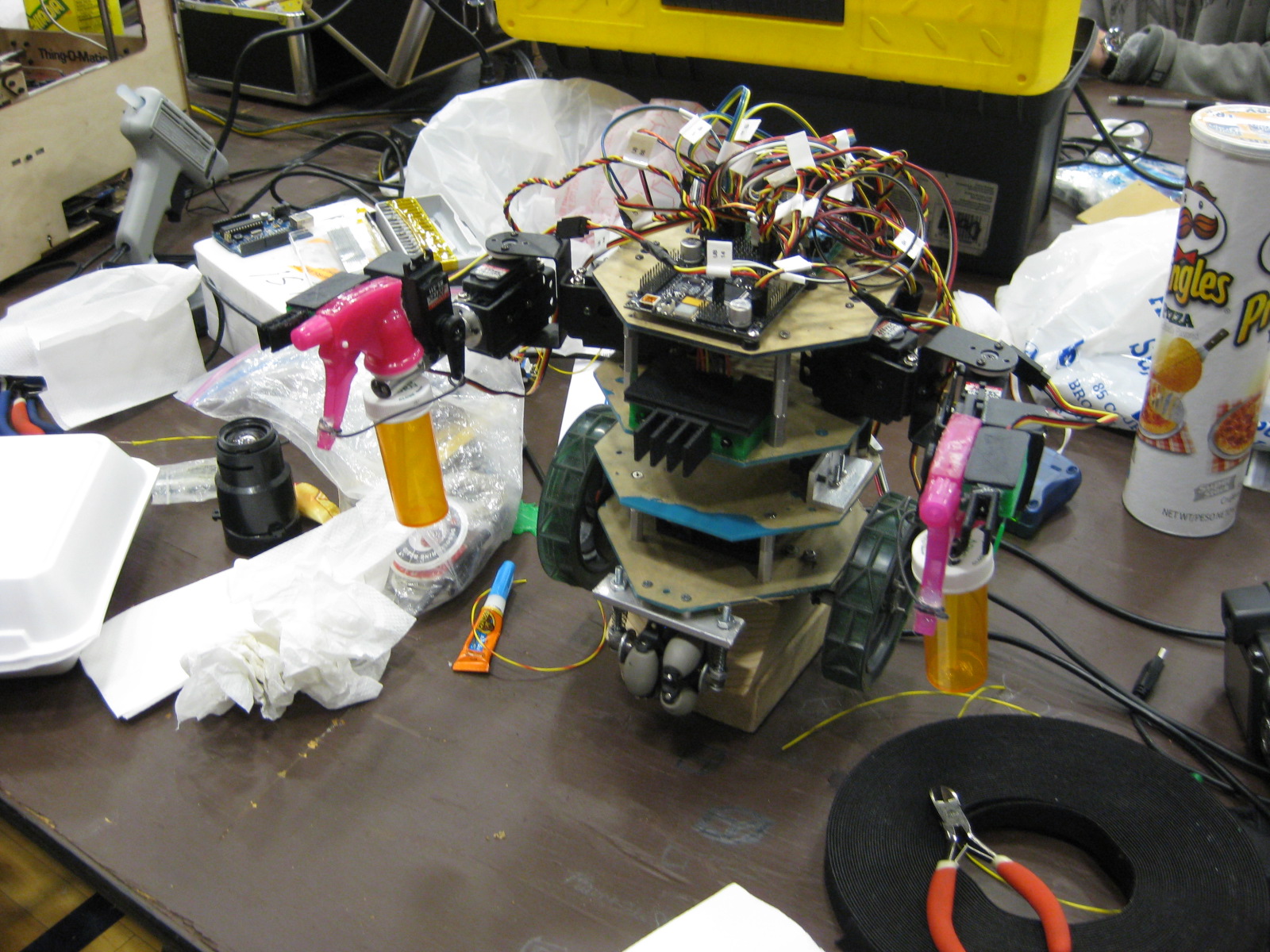 Finally, as I packed Maxwell up for transit to California, I snapped a few photos of his new foam inserts, and how nicely he is tucked into the Pelican case: 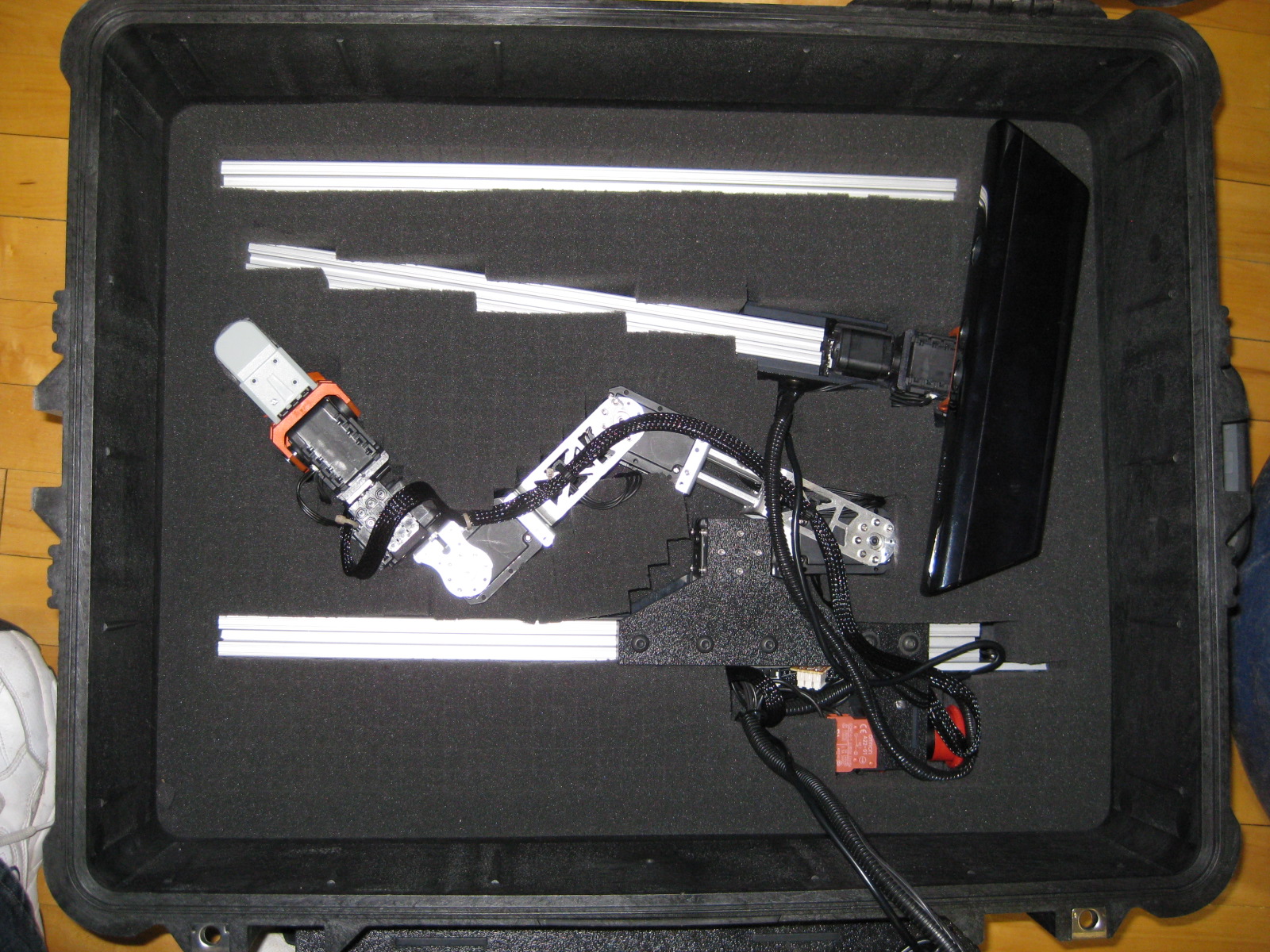 On top of the arm/neck/riser layer of foam is a nearly full sheet which supports the mobile base and holds the Kinect in place: 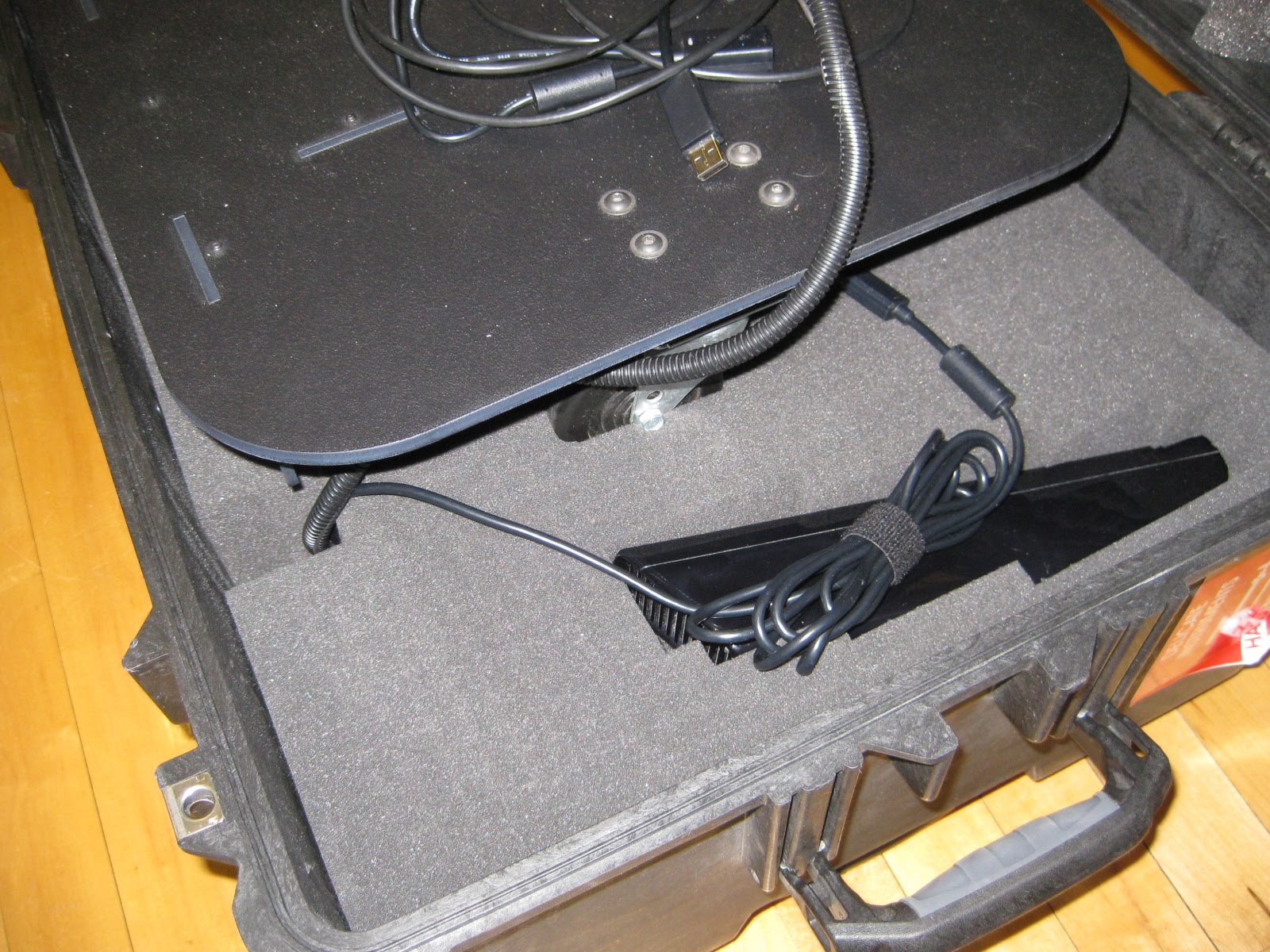 Maxwell won't be making the trip back down tomorrow, he's packed and ready to go to the Robot Block Party and RoboGames.