14 Apr 2011     I spent Monday and Tuesday at the IEEE Technologies for Practical Robotics Applications (TePRA). This is quite a different conference, with a lot of industry and military backing. Keynotes speakers included funding managers from DARPA, the CEO of iRobot, the CEO of Vgo (a telepresence bot manufacturer), etc. If you haven't seen the Vgo yet, it's a ~$5k telepresence bot which is fairly stylish and lightweight: 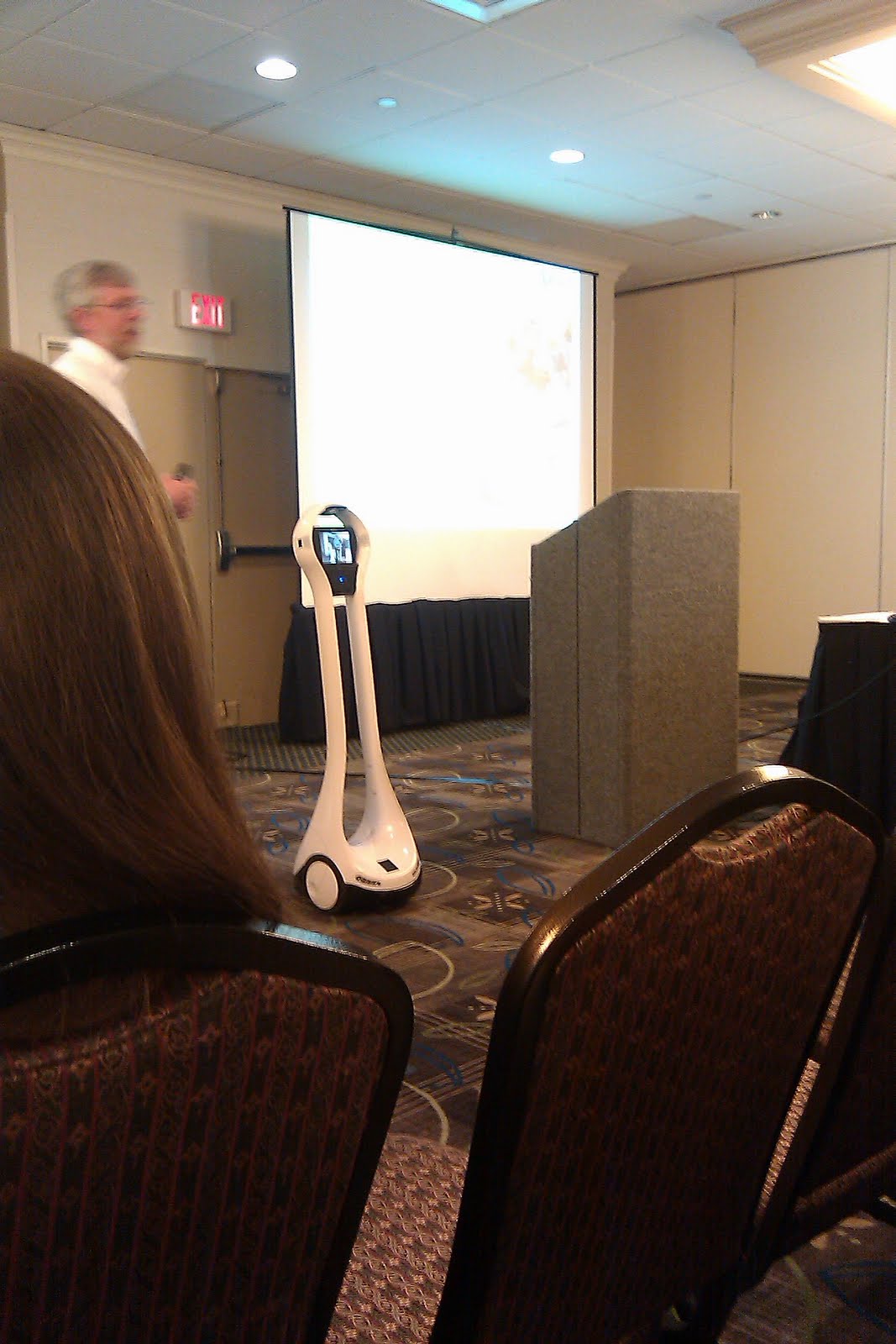 The authors of papers included the usual crowd of academics and industry experts, but then some other areas, such as industrial designers. One such person was Robert Antonuccio of Antonuccio Design, presenting the X9 Minion walker (as seen in Robot Magazine). While the robot is pretty cool looking, I was actually even more impressed with the incredible demo station he had set up. The day before demos I had heard Robert talking with the organizers about getting set up the night before -- and then when I saw the demo booth, it suddenly made sense why he needed lots of time to prep. This thing has to be a beast to haul around: 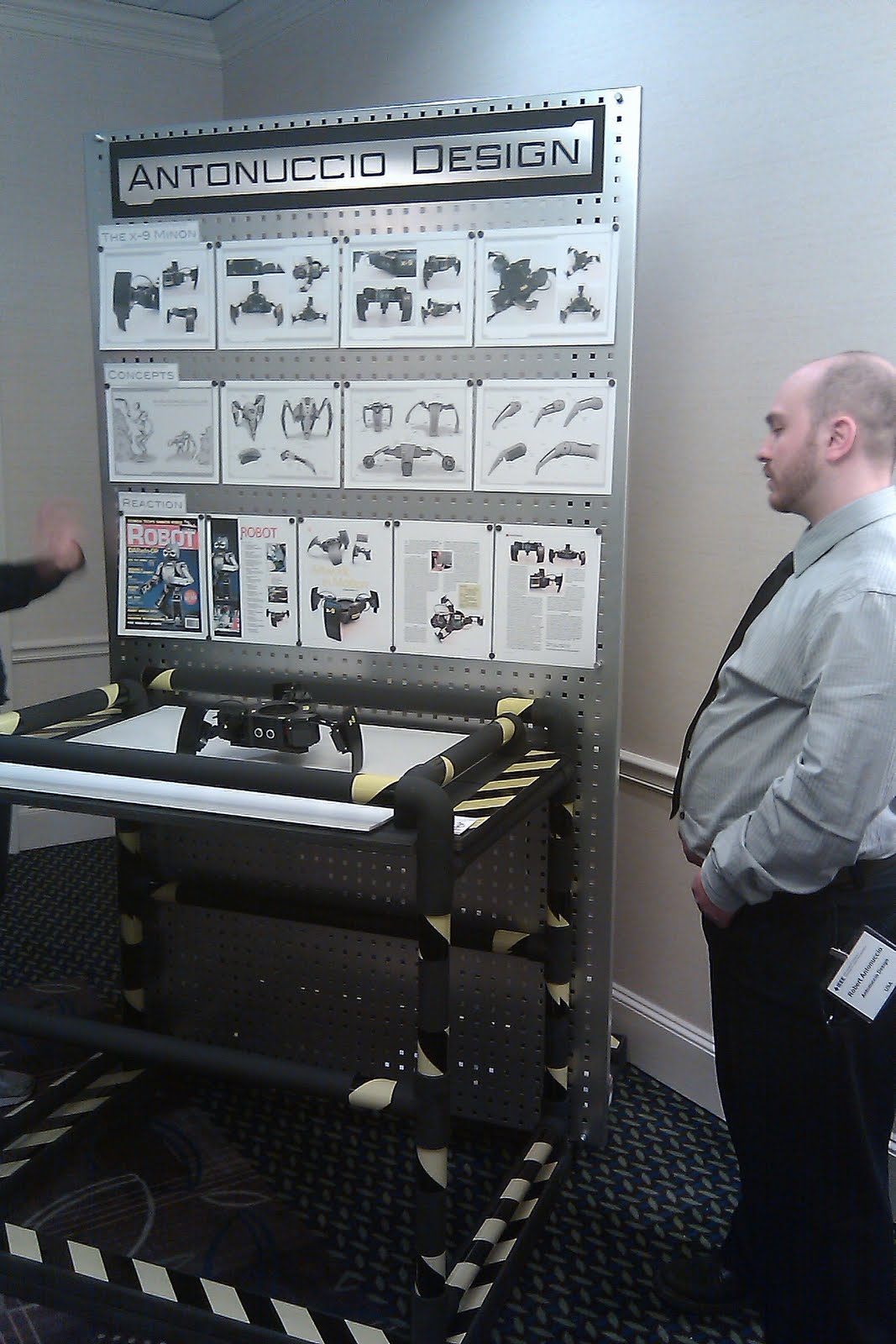 I don't have time to highlight all of the interesting papers, but I though I would highlight two. The first paper that really caught my eye was presented by Aaron Dollar, of Yale, "Practical Aerial Grasping of Unstructured Objects". I'm not particularly interested in aerial platforms, but I am interested in grasping when your localization sucks.

Also present at the conference was Zachary Dodds of Harvey Mudd College. Dodds is probably the most energetic professor I have ever met, and he was presenting, quite enthusiastically, the work he and his students did last summer on texture and machine learning-based monocular ranging (a system they call PixelLaser) which might be of interest to readers. I believe I've come across the source in an online repository at some point. Here's a quick image from the abstract: 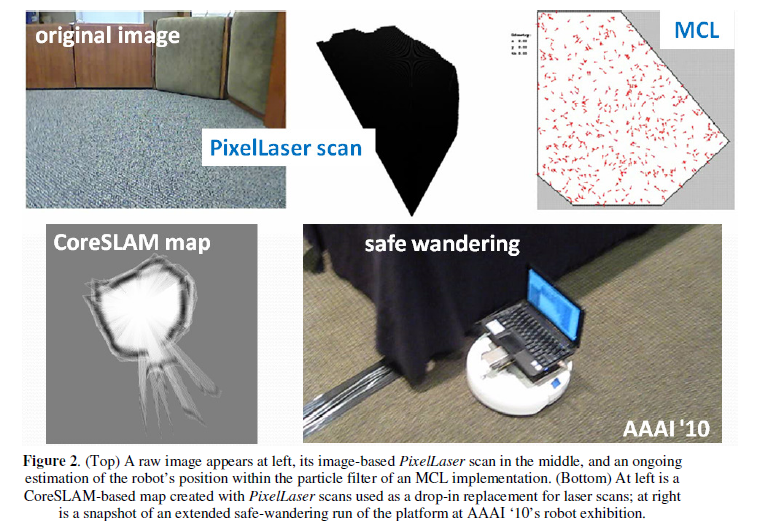 This presentation was RIGHT before my own (on the PML), and was a hard act to follow... Later this year, several students are going to be working to adapt this to the ArDrone quadrotor platforms (and probably moving to ROS as well).

Anyways, I board a plane to California in about 6 hours, to continue National Robotics Week from the other coast. I'll be stopping by the Stanford Robot Block Party tomorrow afternoon before continuing on to Robogames. If you're going to be in the area, swing by and check out Maxwell (and his lovely symposium poster) at Robogames.