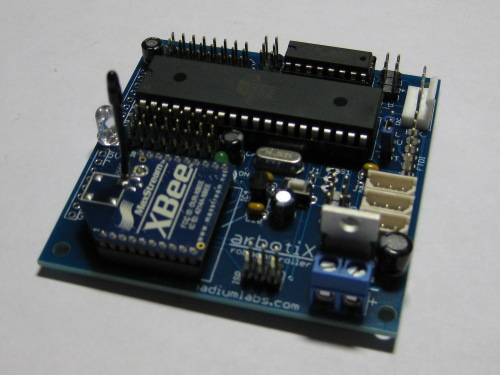 The first full batch of arbotiX prototypes is finally done after a summer of development and testing with the 2 original prototypes (1 of which was used in IssyDunnYet, champion at Mech Warfare 2009).

While prototype boards have gone out to early adopters, we're still working on some of the desktop software. A V1.0 release of PyPose is expected around late September, or the same time that boards should be available from Trossen Robotics.

More information can be found on GitHub.