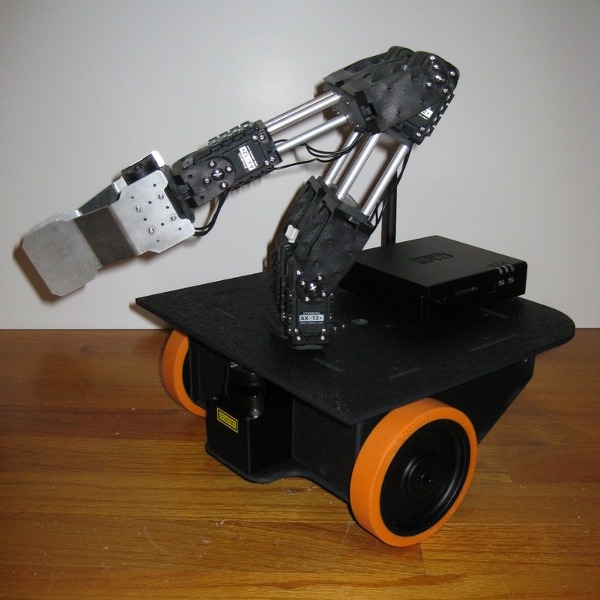 Several weeks ago I built a new, small robot platform that could be used as a testbed for the ArbotiX-ROS bindings. That robot is the Armadillo. The Armadillo has a differential drive base with a pretty decent payload, a FitPC2 brain, and a 4DOF arm. He's also sporting a Hokuyo URG-04LX-UG01 laser range finder.

The poor Armadillo was sitting around for quite a while until I upgraded his motor drivers to handle the extra weight of the platform. However, he's now fully operational. To test out whether his odometry would be good enough to work with the ROS navigation stack, he was driven around to build a series of maps. 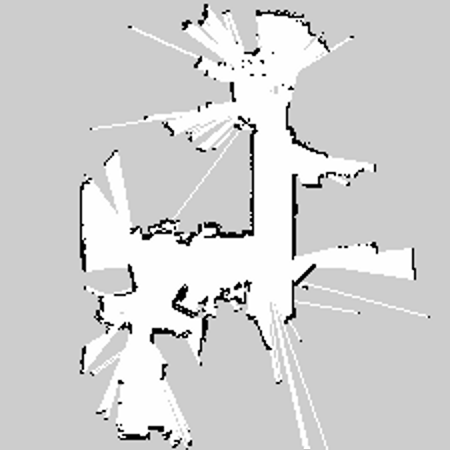 The first map is of the first floor of my house. The Armadillo started in the living room, when down the hallway and into the kitchen, and then returned. The map came out pretty good, I plan to collect a map of the complete house later this week.

A second, much larger map was made of the CS department hallways. This one had some issues. In particular the scan matching was creating false positives, which "shortened" the hallways. I'm still hopeful this can be made to work though, with a bit more parameter tweaking. Below, the image on the left is the map from gmapping, and the image on the right is a raw odometry-based costmap in RViz: 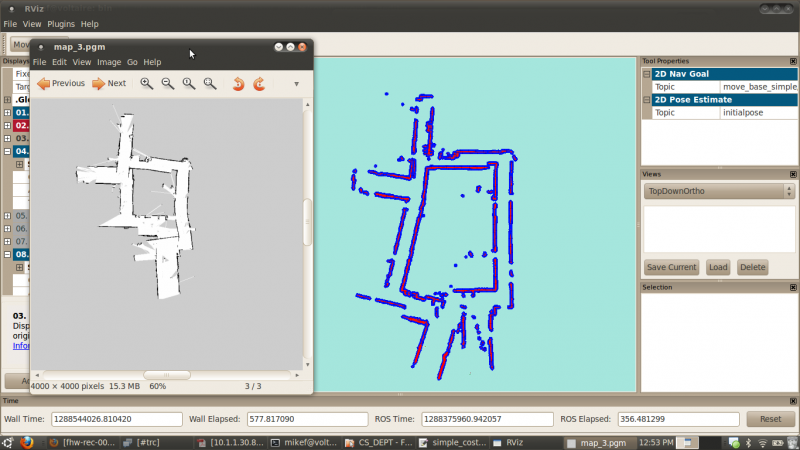